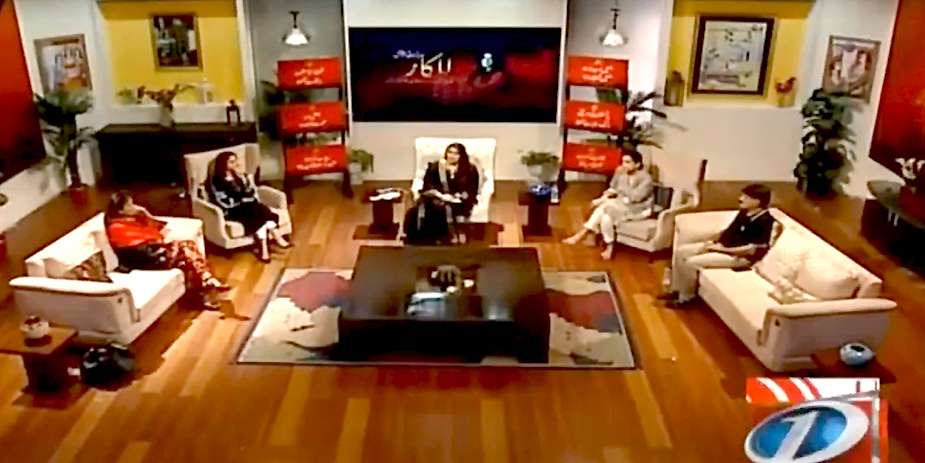 The need to raise voice against heinous crimes committed against the female gender is imperative. The voice of the girl child, daughter, sister, their acceptance of being the gender they are and the importance of valuing the same was the much sought after need which was presented by NewsOne and its related channels simultaneously.

Lalkar, as the special transmission programme was hosted by none other than the vocal Maaya, the host of the show. Broadcasted live just this evening, the Women’s cause show was one of the first initiatives ever taken up by any channel. The programme’s successful objective was to raise voice against the deplorable crimes committed against women (and the treatment dished out to them) of all ages and their undue suppression. For this, the host Maaya started with a very vocal stance. The stance that is needed by a special transmission programme of this nature.

Following the introduction of the programme the guests were announced and the show began, gluing the attention of the viewers the need to “address to strive and a firm resolution for this cause” was ‘Lalkar’ which had a very impressive guest/speakers list comprising Sarwat Gilani, Freiha Altaf (an active part of the social buildup and a strong voice for females and a fashionista), Ayaz Malik, Asha Baider (clinical psychologist), Sardar Burney and Zia Awan, who were present on floor at the studio premises.

The special programme Lalkar with Maaya brought all the participants speaking for the rights of women and the hardships they have faced and are facing. Subjects ranging from how the male child is brought up to the atrocious mindset of using rather than keeping a female as a respectable equal and the lack of decency in addressing a woman were discussed with a very pragmatic and problem solution way. As Maaya, the host lead the questions for the participants the program culminated on a very hopeful note. The said authorities should look into the matter as there are still the rapes continuing which need a definitive full stop once and for all.

For the entire program we have provided you with a link below. We at NewsOne, TvOne and Waseb expect to hear your voice as well. So do not hesitate in contacting us ever.

Of Military and Politician Meetings