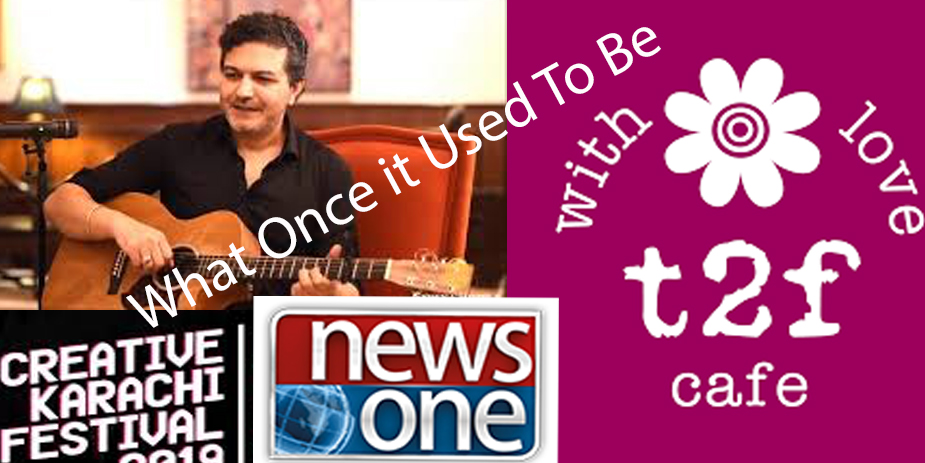 He nooks and corners of Karachi where the ones with brains frequented once enjoying myriad of facilities like music entertainment,  fun and frolic, getting together on a pleasurable level have seemed to be dented recently.

The place commonly and famously known as T2F used to be a hangout for the growth of a young mind but that seems a lifetimetime ago since the departure of their earlier management under Areeb Azhar son of Aslam and Nasreen Azhar who laid the foundation of television in Pakistan.

Today, the same place that boasted a class of the classic and the budding ones seemed to have detiorated to a place where creativity is no more a priority.

But then again, this always happens when unprofessionals are hired for venues of creativity.

To one`s sheer surprise the present director can hardly relate and communicate with the one`s present at the premises.

It took the scribe over an hour to comprehend that the director was the director and not the waiter. No puns intended.

Once a boming place of intellentual growth T2F has like a typical civil department gone down in the annals of the bygone history, with no newspapers and books and not to mention the invigiroting  magazine collection.

It was far from a pleasureable surable surprise to find a guitar without strings that the director has not paid any attention to, namely Jafferi who doest even divulge where he worked earlier.

But then we can or may easily say that this is how Pakistan is – No, this is not how we are, this is not the original selves we have been.

Anyhow, as for literature and the literati the place have gone dead not to mention that the Gallery which was once so very lively seems to be more of an archaic sterotype, missing all the things that the youth of today might or may want.

On enquiring further from the present director (keep in mind not Areeb Azhar who had a knack for creativity and open mindedness) we hd to shift to colloquial lingo for him to understand.

This is a funny thing to be as the rest of us are all progressing some places and haunts for the budding youth which had their activities in consulates and learning centers, reaching out to the world and delivering Pakistans youths message has been wiped out by a staff of disheveled and clueless caretakers.

It was a shock to realize this as the scribe tried to make the best of the place and environment that it used to be but a few minutes and the place with broken guitars, unrendered music, and a shattered balcony in the name some privacy which could not be comprehended was the first sight to sore the eyes.

We had seen better days with Areeb as the director who at least dressed and acted the part. Today the director who introduced himself as Mr. Jafrey was more of a waiter or rather the waiters were more presentable.

This phenomenon since the beginning of our country has taken down everything and not just a review this is an outlook at how we are.

To sum it up T2F is no more a place for the creative mind let alone a developing one. The once highly respectable Hangout now delivers chai, pani rather through deliveries rather than food for thought and growth.

But then is this not when things go to the unwanted.