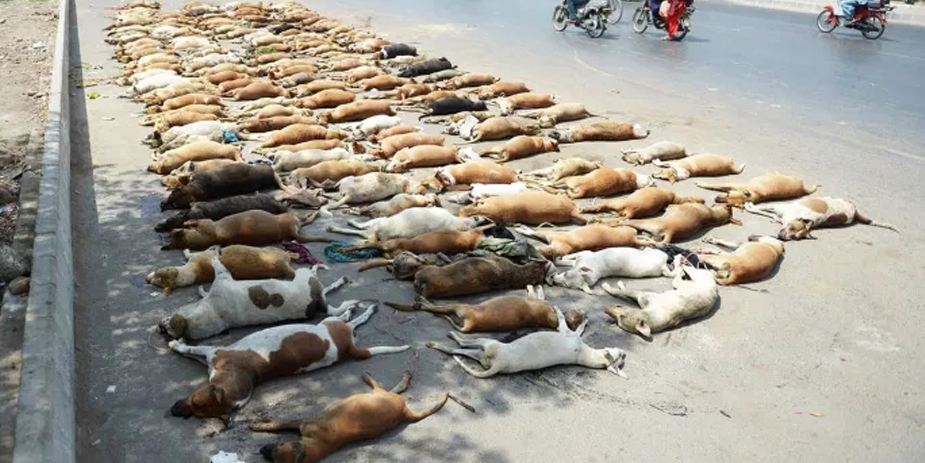 Dog culling: You don’t have to be an animal lover, but at least be human

Dog culling, which basically means to kill, takes place to reduce the population of stray dogs and the occurrence of rabies. It is a brutal and outdated practice that still exists in a few countries around the world — Pakistan being one of them.

According to the World Animal Protection (WAP), “Culling dogs is not the solution to rabies”. It is also not the solution to decrease dog population, because, for every dog that’s left, eight more puppies will be born and with the imbalance created in the environment due to dog culling, more food will be available for the new ones.

Known for its strong stance against animal abuse, ACF has been quick to respond during cases of emergency when it comes to animal rights violations. Recently, Karachi saw a surge in cases of dog culling to which ACF, along with a number of public figures, gave their clear-cut stance.

Ayesha Chundrigar, the founder of ACF Animal Rescue has condemned the mass dog culling across Karachi. She requested the CBC (Cantonment Board Clifton) to look into this matter and prevent further harm. With the brutal massacre of dogs in DHA and Clifton, Chundrigar has called for action against the frequently ongoing animal rights violations in the way our street animals are treated. She also argues that most of these dogs have already been neutered and vaccinated, so killing them does not really achieve anything.

Sadly, the same cannot be said for animals, their abuse is accepted by the same moral community that rejects the abuse of humans. As a society, we still do not see what we are doing to animals as something wrong. We are okay with watching animals suffer; we are okay with the constant and widespread abuse of animals.

Perhaps it is time for the citizens of this country to wake up and take a good hard look in the mirror. Have we become the very monsters we speak of? Have we become so selfish that we refuse to acknowledge the abuse that takes place outside our homes every day? Have we become so arrogant that we deny basic rights to other living beings around us? Have we completely lost humanity and compassion? But most importantly, are we even human anymore?

In the first video, the actor cried holding one of his dogs alleging that it was poisoned by the government officials, “She didn’t say anything to anyone; she would only go to humans to love them. And she was killed by humans for wanting to love humans. Look at her mouth, you can tell she was poisoned to death,” he says.

He questions the inhumane behaviour in dismay,”The pain she must’ve gone through, what did she do to deserve this?She just came to eat and a human betrayed her. Her mouth is bubbling, so she must’ve died is extreme pain! It means her stomach must’ve burned!”

Further, he curses the culprit responsible for the killing of the innocent animal. Sharif shares another video which he captions saying, “Great job #SindhGovernment. This is the task you’re best at. Dog culling is probably the only thing that’s done efficiently by the governing departments of Pakistan.#animalrights #pakistantoday #lastofhumanity #shameless”

Unfortunately, Pakistan is one of the few countries around with obsolete animal laws. Inflicting pain on animals is an utter monstrosity.