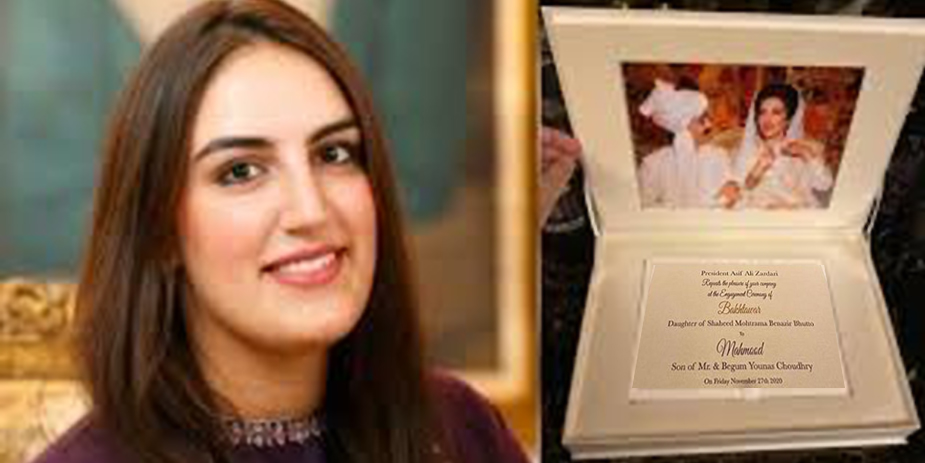 Putting the rumours and speculations to rest, which were taking their rounds on social media, (PPP) Pakistan People’s Party gave out fresh details about Bakhtawar Bhutto Zardari’s soon-to-be spouse and his family members.

According to the PPP media cell that released the information on the subject, clarified that Bakhtawar’s soon to be spouse, Mahmood Choudhry, son of Mohammad Younas Chaudhry and Begum Suriya Choudhry is Dubai based and not anywhere else, where he manages a diversified business according to sources.

Bakhtawar Bhutto Zardari, daughter of former Prime Minister of Pakistan Shaheed Benazir Bhutto and former President of the country, Asif Ali Zardari, shall be engaged to Mahmood Choudhry on the 27thof November 2020. The groom to be, Mahmood Choudhry hails from the old town of Lahore, Pakistan.

Bakhtawar’s Groom to Be Background

Muhammad Younas the father of Mahmood, migrated to the United Arab Emirates in 1973, where through sheer hard work, he established businesses in the lines of construction and transport industry.

Mahmood Younas, the last born of five siblings was born on July 28, 1988 in the city of Abu Dhabi.

He completed his primary schooling in Abu Dhabi and Secondary Schooling in the United Kingdom. Mahmood further went on to study law at the University of Durham, UK.

The family’s primary country of residence remains the United Arab Emirates, where Mahmood continues to run his inherited businesses of construction, finance and technology.

While Bakhtawar Bhutto Zardari, sent out her tweet from saying “Thank you everyone for the good wishes. Unfortunately the cards were leaked before even scheduled to be officially sent! Have absolutely NO affiliation with any family in the US, which is being popularly quoted by most media. Hope this clears up all misinformation.”