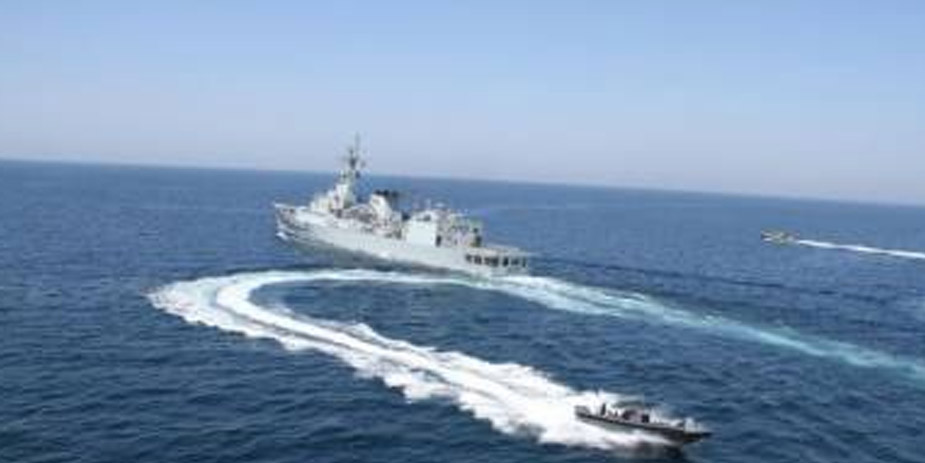 (Baber Ali Bhatti)
Pakistan Navy conceived the idea of hosting the series of naval exercises in 2007 to promote regional naval integration and enhance compatibility inter alia. The word ‘AMAN’ is chosen from Urdu, the national language of Pakistan, which means “peace”. The exercise hosted by Pakistan’s navy invites to bring more than 45 countries’ navies together under one slogan “Together for Peace” with the aim to strengthen multi-layered security cooperation and enhancing inter-operability in maritime and Naval Ops and cross culture interaction.

The primary concept of the exercise is to provide a common forum for: Information sharing, identifying areas of common interests and enhance mutual understanding for group analysis and dialogues; practicing and generating response tactics, techniques and procedures against all traditional and asymmetric threats. Based on this concept, the exercise aims to develop and improve Response Tactics Techniques and Procedures (RTTP) for protection of a number of collective sea assets including Sea Lines of Communication (SLOCs), maritime infrastructure and maritime resources against non-traditional threats.

The AMAN Exercise was set to be hosted by Pakistan biennially since 2007 and seventh Multinational AMAN exercise has been scheduled to take place in 2021. The AMAN exercise has several modules and program to gain its objective. With the aim to build up Responses, Tactics, Techniques and Procedures against unconventional and conventional threats through operational and strategic warfare planning and exercise at the sea which includes VBSS, Naval Gunfire, Anti-piracy, Anti-Submarine Exercise, Communications, Operations, Combine Boarding and Air Defence. In its programs at sea, the exercise will include advance naval drills and maneuvers including Counter Terrorism Ops, Maritime Security Ops, Antipiracy Tactics, surface firing practices, Search and Rescue maneuvers and an International Fleet Review.

Moreover, it also includes an International Maritime Conference, Maritime Terrorism demo, Table Top discussions on professional matters and various cross cultural activities in harbor. Besides, Explosives Ordinance Disposal Team, The Special Operation Forces and other marine units will display, learn and synchronize themselves with advance weapons and modern technological equipments in this exercise.

The idea of `Exercise AMAN’ attracted a number of maritime nations which believes in common use of seas of the world for peaceful co-existence and joint collaboration. Their attraction can be gauged by the fact that the number of participant countries has risen to more than forty five started from twenty eight participants in 2007.

Six exercises of the AMAN series have been conducted so far and seventh is expected to be held in Feb, 2021. This series of exercise have not only added to the national prestige and honor of Pakistan but have also enhanced Pakistan Navy’s professional skills and abilities. Participation of such a large number of countries in the exercise implies that the international community endorses and appreciates Pakistan’s initiative for collective regional peace and security. Moreover, rising strength of AMAN participants also shows willingness of regional countries to support and join hands with Pakistan in its efforts to enhance regional integration for harmony and cooperation in the Indian Ocean.