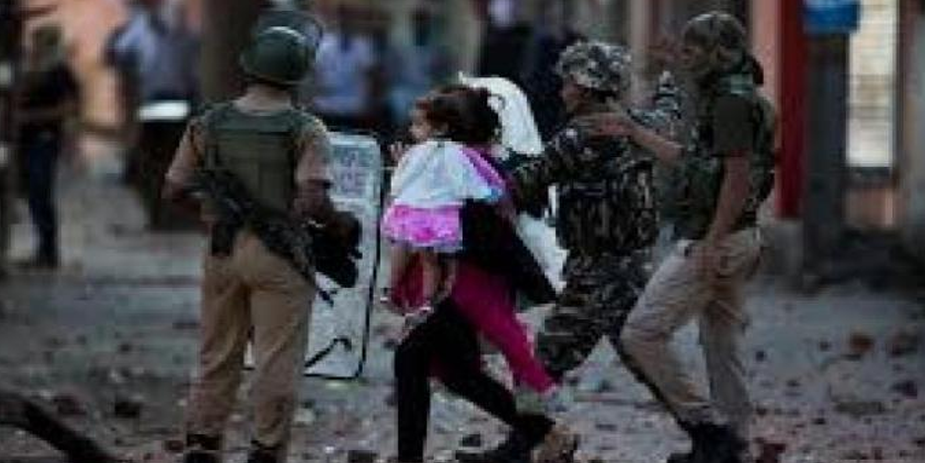 GENEVA, Mar 05 (APP): Pakistan has called for keeping a close watch on India’s state-directed “tools of terror” in Jammu and Kashmir where women and girls are among the primary victims of it’s deadly counter-terrorism measures, saying their plight must be addressed.

“We wish to draw attention towards the Occupied Jammu & Kashmir where India has long employed rape, torture, and killings of Kashmiri women as instruments of its state terrorism under the cover of draconian security laws,” Ambassador Khalil Hashmi said in an interactive dialogue with the Special Rapporteur on the Promotion and Protection of Human Rights and Fundamental Freedoms While Countering Terrorism, Ms. Fionnuala Ní Aoláin, as part of the ongoing session of the Human Rights Council.

The Pakistani envoy said since India’s illegal annexation of Jammu and Kashmir violence against Kashmiri women, girls and families had intensified.

“Body searches, ill-treatment and molestation of young women during fake ‘CT (counter-terrorism) operations’ are the tools of state repression to stifle dissent against India’s demographic engineering of the disputed territory,” he said.

In his remarks, Ambassador Khalil backed the Special Rapporteur’s call for upholding rights of women and girls, especially hailing from Muslim communities, while states administer laws and policies in the name of counter terrorism and “violent” extremism.

“Mass surveillance, ban on wearing Hijab, arbitrary deprivation of citizenship rights, police harassment, surveillance and efforts by some states to take over control of religious schools and mosques continue to trample upon fundamental rights and freedoms of Muslims women and girls,” he said.

Later, Ambassador Hashmi participated in an other interactive dialogue — this time with Special Rapporteur on Freedom of Religion or Belief, Ahmed Shaheed.

In a report to the 47-member Council, Shaheed said that following the 9/11 terrorist attacks and other horrific acts of terrorism purportedly carried out in the name of Islam, institutional suspicion of Muslims and those perceived to be Muslim has escalated to “epidemic” proportions.

“We thank the Special Rapporteur for his well researched report that further unpacks the drivers as well as manifestations of growing Islamophobia worldwide,” the Pakistani envoy said, adding that it revalidates the facts about the on-going institutionalized bias, pervasive hostility and systemic discrimination against Muslim communities and individuals.

“The essentialization of Muslims as cultural ‘others’ lay the ground for laws and policies, which in turn have led to securitization and perpetuated stereotypes, tropes and stigmatization of Muslims,” he added.

“We are particularly alarmed by the complicity of some States, powerful politicians and officials in promoting, perpetrating or tolerating acts of discrimination, hatred and in some cases violence against Muslims, both offline and increasingly through social media platforms,” Ambassador Khalil said.

“Tropes such as Love Jihad, Corona Jihad, Cow Vigilantism and Termites are just a few examples of state driven anti-Muslim animus and violence,” he said in an obvious reference to the language used in India

Ambassador Khalil underscored the need for countering Islamophobia, saying, “We must confront the inconvenient truths, acknowledge facts, call out impunity and hold those accountable who aid and abet anti-Muslim hatred, hostility and violence.”