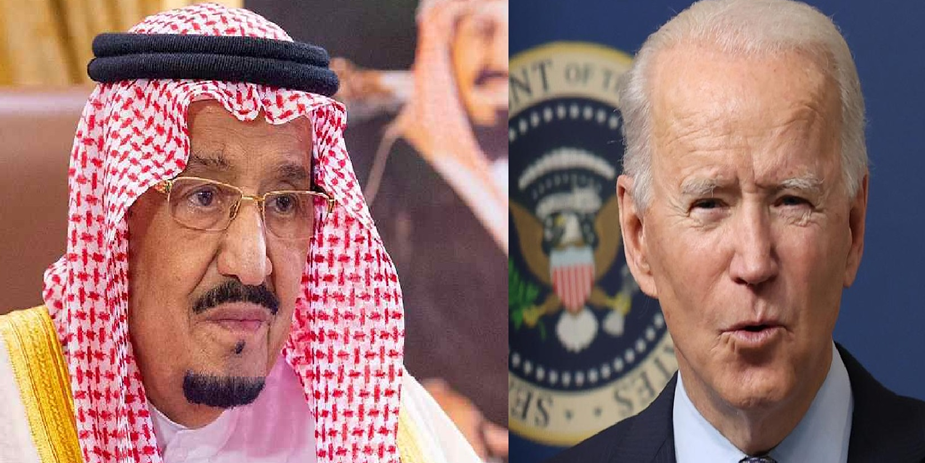 According to White House, President Biden during the conversation emphasized the US commitment to assuring Saudi Arabia’s security from threats and discussed renewed diplomatic efforts to end the war in Yemen.

The two leaders also affirmed the historic nature of the relationship and work to make the bilateral relationship as strong and transparent as possible.

Meanwhile, Saudi Arabia and United States have vowed to enhance their bilateral relations to restore peace and stability in the region and face regional and international challenges.

The resolve was expressed during a telephonic conversation between Saudi Foreign Minister Faisal bin Farhan and US Secretary of State Antony Blinken.