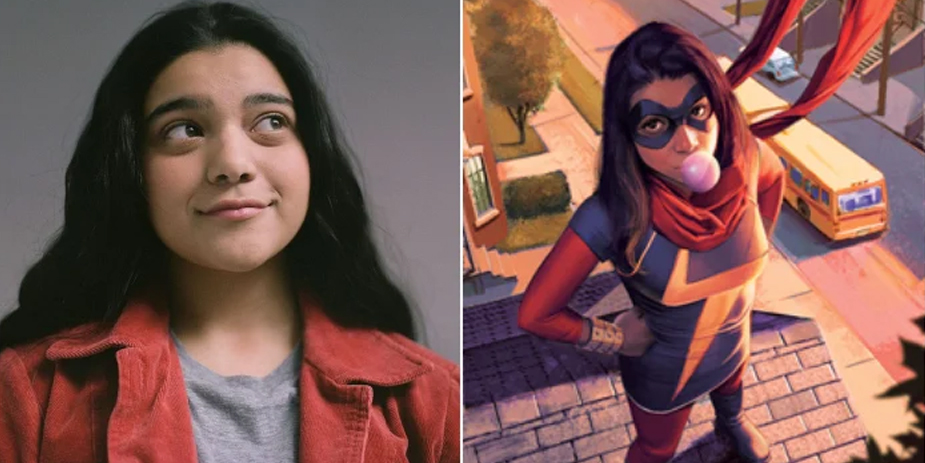 Taking on the leading role as Kamala Khan aka Ms. Marvel, 18-year-old Vellani, hailing from Toronto, Canada may not be a prominent face as of yet but her casting comes in line with the studio’s plan of finding someone who fits the part perfectly as well as the ethnic background it portrays.

Marvel had earlier named Pakistani Oscar-winning director Sharmeen Obaid-Chinoy as one of the directors for the Disney+ show along with Meera Menon, Bilall Fallah and Adil El Arbi.

Ms. Marvel is about a Pakistani-American 16-year-old based in New Jersey who looks up to Captain Marvel aka Carol Danvers. In the midst of her normal life as a teenager, Kamala discovers her superpowers which include, shapeshifting, invulnerability and elasticity. By using her prior knowledge on superheroes, she goes on to become one of the fiercest crime fighters.

While this will be Vellani’s first Hollywood project, she has previously worked with the Next Wave Committee in a bid to make the industry more diverse.

Talking to CBC in 2019, Vellani had said: “We want stories from different genders and different countries and different people. I think that’s really important because then people are going to understand each other. Even if they can’t relate to it, you learn from it … Our big goal is to just help people understand other perspectives.”

President of Marvel Studios, Kevin Feige had said in earlier interview that Kamala Khan will also be featured in future films of the Marvel Cinematic Universe, in addition to the Disney+ series.